Disclaimer: I received 2XU Hyoptik thermal compression pants as part of being a BibRave Pro. Learn more about becoming a BibRave Pro (ambassador), and check out BibRave.com to review find and write race reviews!
Every runner that lives somewhere with 4 seasons needs a good pair of running pants.  Even if you don't like to go out much in the elements, there will be times that you need to or have to wear them, say a late fall or early spring race, it can be quite chilly.  I, myself, try to get out for most of my long runs all year long unless I feel like it's unsafe (super icy, very extreme cold).  I'd rather be safe on the treadmill than be sorry because I got sick or injured, just not worth it to me.  Anyway, as a result I have worn many a pair of running pants over the last few years.  I struggle with two major issues.

First is, which I guess more annoying than anything, I have had many pairs that just slide around too much while I'm running.  I find myself constantly pulling them back up because they slide down.  Part of this is because I have big thighs and a smaller waist.  Another cause is that many of the pants don't come with a drawstring for tightening.  The third cause actually leads into my second problem with most running pants and that is I usually have to wear a pair of compression shorts underneath because the pants don't keep me warm enough.  Most of the time, it's not that I felt cold while running but when I get home and take the pants off, my behind and thighs are bright red.  After I start defrosting, I get super itchy and sometimes tingling and pain which I know is because my skin was not protected enough from the elements, hence the need to wear an additional layer underneath.  Anyway I think shorts cause the pants to slide around more as the pants don't stick to them the way they do to my skin. 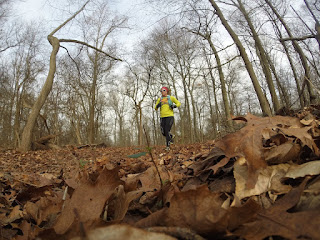 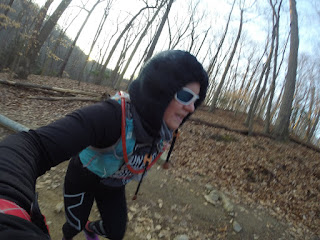 At first glance, the 2XU thermal hyoptic pants, look awesome.  I love the logos on the legs which btw are reflective for higher visibility.  Cold, winter running also means more running in the dark.  Most running pants are black, causing us to blend in which is more dangerous.  I also happened to notice the placement of the reflective logos are in key spots.  I'm sure this must have been on purpose that no matter which side of the road you are running on the logo is facing out towards traffic on the leg closest to the road.  SMART.

All that is great but no good if the pants don't keep me warm.  Despite the warm start to the Philly winter, we cooled off real quick, giving me a bunch of opportunities to test out the pants.  They were a little tough to get on at first but I liked that, it meant they have a good amount of compression to them.  Once they were on they felt good, really good.  They were snug but not in a bad way.  Once I got out and started running, I could tell that I was going to love running in them.   I felt comfortable and warm.  I also felt on both my 20 miler and last weekend's 50K that they kept my legs feeling better longer, similar to my compression sleeves except this was my whole leg.  I did not have any of that red, frozen skin after any of my runs even one on a very windy day with temps in the teens.  I was very satisfied with those aspects of the pants, they are definitely better than anything I've tried in the past.  (sidenote I also had a stretch inlcuding last weekend's 50K where I did not wash the pants because I'm a #dirtbag runner.  Anyway they really didn't smell which if you are around me after a run, is amazing.  The only reason they are clean now is because they were covered in mud). 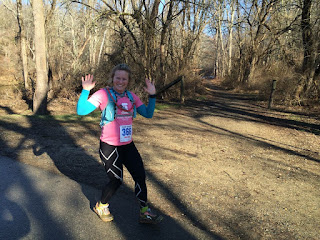 My only gripe is that I want a drawstring!  I'm not sure the reasoning why so many companies don't use the drawstring.  At first, I thought these pants were different and would stay put even without the drawstring but I found as I ran more miles they started moving around more.  They may also loosened up a bit in the waist after putting them on/off a few times.  They were so comfortable for almost 7 hours of running at the 50K but during the second half especially, I felt like I was constantly pulling them up and adjusting them.  It's not so awful that I won't wear them because yeah I'm wearing them ALL THE TIME but it would make them perfect if they had the drawstring.  Like I said earlier, I think a big part of my issue is big thighs, small waist but I can't be the only runner with that problem!

My final conclusion is that they are totally worth the money.  One pair of 2XU thermal hyoptik pants is way better than having 10 crappy pairs.  So far they are the ONLY pants I have worn for all my cold runs and the only ones I plan to wear, so one pair is all you need to get through winter especially since there's no need to wash them much ;-) 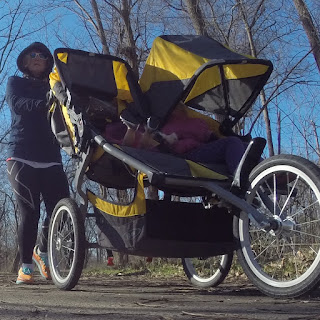 Addendum: I was waiting to post this until after #jonas #blizzard because I had a feeling I would get a good snow run in this weekend.  Today I went out without any extra layers under the hyoptik pants.  I ran for over an hour in them including through huge piles of snow.  Not only did I feel warm the whole time, but the snow would melt off and the pants would dry immediately.  I never felt wet.  I also kept them on for a couple hours of shoveling after the run.  When I finally took them off, no red skin, no irritation.  These pants are better than I ever could imagined!!! 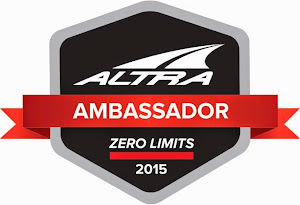 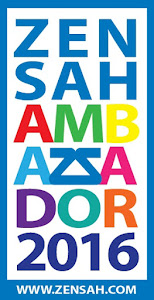